Women in War: Service Since Our Founding 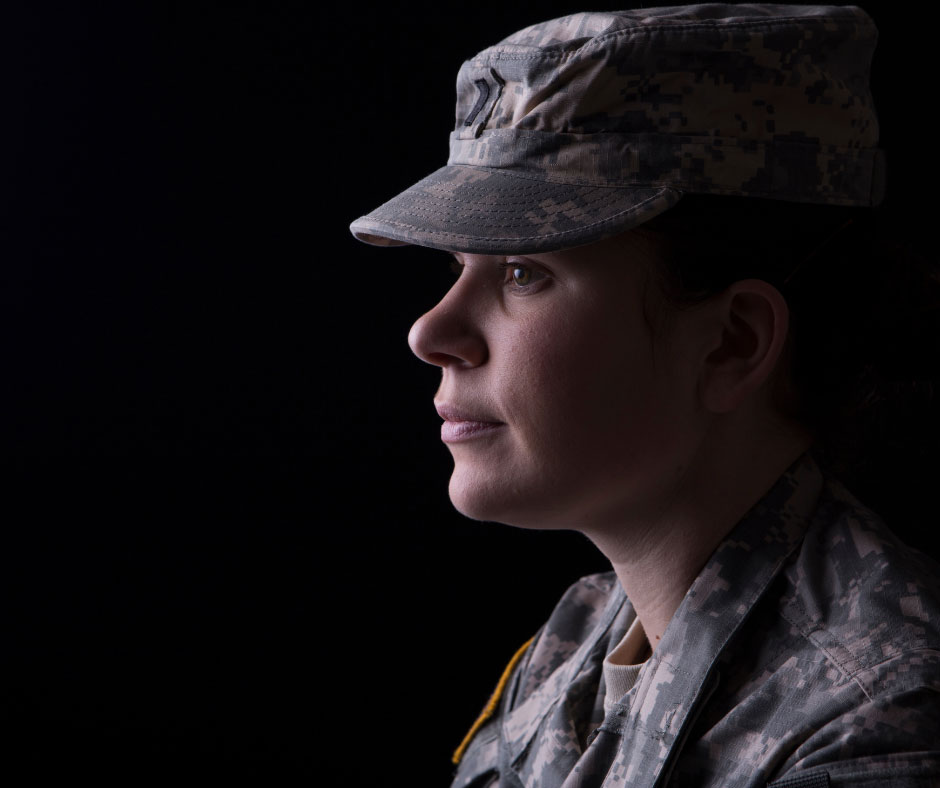 Women in War: Service Since Our Founding

Last month we celebrated Black History Month by discovering three extraordinary African American military units. They served in the Revolution, the Civil War, and World War I. Now, during Women’s History Month, we’ll look at examples of the courage and sacrifice of American women in war.

Women were asked to serve in the Continental Army shortly after it was established on June 14, 1775. It was Major General Horatio Gates who informed the Commander-in-Chief, George Washington, that the sick needed the comfort of female nurses.

Military garrisons were already depending on women during the 18th century. Wives often followed their husbands into the Continental army.  They served as laundresses, cooks, and nurses.

But they also saw battle. They served as spies. They carried messages and transported contraband. And they served bravely!

For example, Molly Pitcher hauled water to thirsty troops during the Battle of Monmouth in 1778. She noticed her husband at his artillery piece was wounded. So she took over, firing at the oncoming British.

Margaret Corbin was near her artilleryman husband when she was wounded during the British assault on Fort Washington in November 1776. She lived but was permanently disabled. She became the first American female to receive a soldier’s lifetime pension after the war.

Then there was New York teenager Sibyl Ludington. She rode her horse through Putnam and Dutchess Counties rousing the local militia. She called them to fight a British force that had attacked nearby. She rode through a driving rainstorm in April of 1777, riding twice as far as Paul Revere.

And they worked as cooks, laundresses and clerks.

Of course, females during that time were not permitted to serve as soldiers. But that didn’t stop many of them. It’s estimated that over 400 women served as soldiers by posing as men at recruitment. They bound their breasts, padded their trousers, and cut their hair short. And they assumed masculine names.

Women fought and died in all the major battles of the war. They were there at Antietam, Fredericksburg, Gettysburg, Shiloh, and Vicksburg. In fact, a New Jersey woman was promoted from corporal to sergeant because of “his” gallant conduct in battle. Just before “he” gave birth!!

As one women is thought to have said, “I just wanted to do my part.”

Women played a much larger role serving their country during WWI. Close to 25,000 women served overseas. They were nurses, administrators, secretaries, telephone operators, and architects.

The Women’s Naval Service organized the National Service School in 1916 to train women to serve during war and national disasters. The Army, Navy and Marines joined in the effort. They taught military calisthenics and drill, land telegraphy and telephone operating, signal work and more.

Women doctors, nurses, and aides operated near the front lines in France. Thousands served in the U.S. Army Nurse Corps and the Navy Nurse Corps. In fact, U. S. Army nurses were sent overseas before the American Expeditionary Forces deployed. They were assigned to the British forces in France with over 3,000 American nurses in over 750 hospitals.

Women also served as Yeomen in the Navy, with over 12,000 enlisted. Most stayed state-side but had the same duties as their male counterparts. And they got the same pay, $28.75 per month.

Finally, American women served in the Signal Corps Female Telephone Operators Unit. They did not serve in safe quarters away from the battlefields, but worked very close to the front lines. They received physical training, observed strict military protocol, and wore identity discs.

They were nicknamed the “Hello Girls,” a name many of them did not appreciate. That’s because they courageously worked so close to the front. Known for their battle tested focus, they thought the name belittled their success.

Today, military women serving our country is not news. And as far we’re concerned, that’s as it should be. But we also think it important that Americans honor their sacrifices. Sacrifices made by patriotic women in service to their country. Sacrifices made from the very beginning.

The Courage, Selflessness, and Patriotism of African American Soldiers
Utican General Daniel A. Butterfield and “Taps”