The Courage, Selflessness, and Patriotism of African American Soldiers 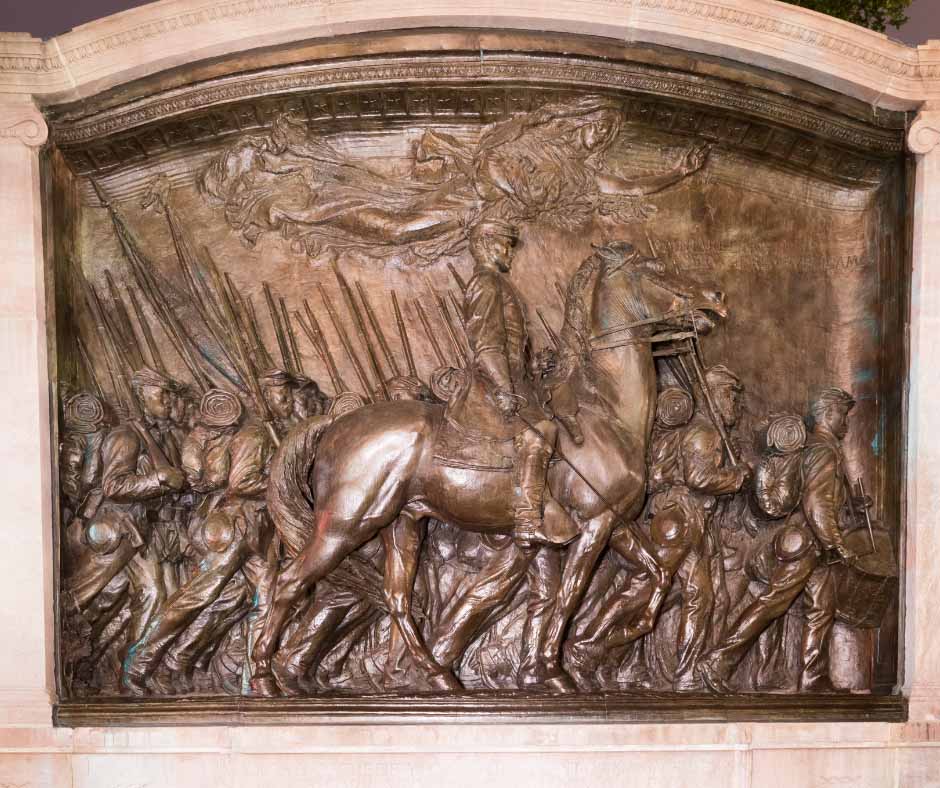 African Americans have served valiantly in every one of our country’s wars. From the Revolution to Iraq and Afghanistan, they have fought with bravery and skill.

So during Black History Month 2021, we thought we’d tell you about three distinguished African American units. They served in the Revolutionary War, the Civil War, and World War I.

Historians estimate that between 5,000 and 8,000 black men fought for the American side during the Revolution. They were both slaves and freemen. Though many more, understandably, backed the British.

The first black battalion in U. S. military history is believed to be the 1st Rhode Island Regiment . It formed as the result of General George Washington’s call for a quota of militias from each state. At the time, the American army in Valley Forge was decimated by disease and terrible winter conditions.

Rhode Island didn’t have enough white men to fill the required two battalions. So it appealed to General Washington to allow both free and enslaved black men to enlist. Washington reluctantly relented and the 1st Rhode Island Regiment was formed in February 1778.

The 1st Rhode Island distinguished itself early on in the Battle of Rhode Island. It drove back three Hessian regiments of the British army. And it was remembered for holding off these furious attacks with great valor.

It turned out that it was one of the few regiments to serve all seven years of the war. The unit fought bravely in many battles, including the Siege of Boston and the decisive Battle of Yorktown.

During the first years of the Civil War, African Americans were not allowed to serve as soldiers in the U. S. Military. That changed after President Lincoln issued the Emancipation Proclamation on January 1, 1863. The governor of Massachusetts wasted no time. He called African Americans to volunteer just a month later in early February 1863.

54th Massachusetts Infantry was the second formal unit of the Union Army to be made up of only African American enlisted men. (The officers were all white.) It distinguished itself at the Battle of Grimball’s Landing just outside of Charleston, South Carolina. And the Battle of Olustee, Battle of Honey Hill, and at the end of the war, the Battle of Boykin’s Mill.

But it was their charge against Confederate forces at Fort Wagner that brought them their greatest honor. And the attention of the nation. Their courage and sacrifice is honored with a monument to the 54th in Boston Common (see photo above). More popularly, the Battle of Fort Wagner has been made famous in the 1989 film, Glory.

During World War I, 369th Infantry was mostly New Yorkers, originally the 15th New York National Guard Regiment. Their fighting skills and bravery earned them the moniker, the Harlem Hellfighters.

Because they were black, America’s generals refused to lead them into combat. They had them toil as laborers. The 369th built roads and unloaded ships. But they were trained as soldiers. They wanted to fight in the front-line trenches.

So they were handed over to our allies, the French Army. Their American gear was so shoddy that they were outfitted with French helmets, rifles, and equipment. Fighting alongside the French, they proved themselves some of the best fighters in the war. They fought in major battles at Chateau-Thierry, Belleau Wood, and Minancourt.

They ended up in combat at the front for 191 days straight. That’s more continuous fighting than any other American unit. They never lost ground to the enemy or had a man captured. The French awarded the regiment the Croix de Guerre. And many individuals received medals from the French. But nothing until years later from the U. S. government!

This is a short overview of three African-American units who served our country in battle. Each fought with courage, selflessness, and honor. There is much more to learn about these American patriots. We encourage you look further into their illustrious histories.

As we celebrate during Black History Month, these soldiers deserve to be remembered as heroic American Patriots.

Burial Benefits from the VA for Deceased Military & Veterans